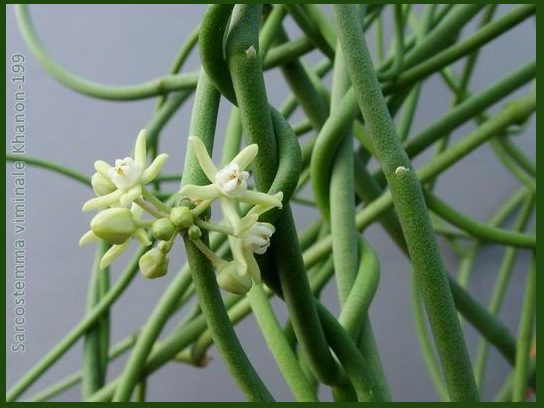 The Samhita of the Sama Veda consists of a series of verses telling the story of the moon-plant sacrifice which is also named Somayaga. The Sama Veda is composed of different prayers to the deities who are supposed to honor the ceremony with their presence.

The ceremony starts by preparing the moon-plant juice. The first thing to be done is to collect the moon-plant (sarcostema viminalis) and the arani-wood in a moon-light night,  for kindling the sacred fire. The plant has to be harvest at the top of a mountain. The moon-plants must be plucked up from the roots. The juice is mixed with water, then strain and pour in a vessel. The juice, already diluted with water is further mixed with barley, clarified butter, and the flour of a grain. It is now allowed to ferment it till a spirit is formed. Only deities can drink this juice because it’s a very intoxicating liquor. Some Brahmins used to drink this juice for weeks during a special ceremony even this juice can bring to death.

This well-pressed moon-plant juice, mixed with sour curds, is for Indra.

References : India and Its Inhabitants By Caleb Wright, 1853 / The Sa’ma Veda Traduction By J. Stevenson, 1906